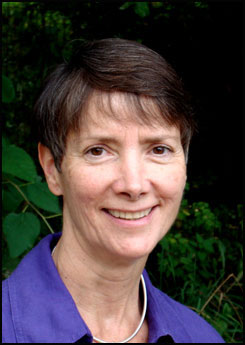 Linda Meyer was elected as the 2009 President of the South Central Wisconsin Association of Retired Conservationists in November of 2008, after having served as Vice-President in 2008 and as Secretary-Treasurer in 2007. Linda was the first woman to serve as the President of the organization.

Linda retired from the Department of Natural Resources in January of 2005, after working for more than 26 years as a Bureau of Legal Services' staff attorney. As a DNR attorney, she worked primarily with staff in the DNR's Remediation and Redevelopment Program, Hazardous Waste Program and Shoreland Zoning Program.

Linda was born and raised in Janesville, Wisconsin. She graduated from Janesville Senior High (back when there was only one high school in Janesville) in June of 1966. She attended the University of Wisconsin - Eau Claire, where she met her first husband, Thomas Wymore. They were married in June of 1969. Linda graduated with honors from UW-Eau Claire in June of 1970 with a Bachelor of Science degree in broadfield social science. Linda and Tom's first child, Laura, was born in 1971.

Linda met Earl Meyer when she joined a carpool organized by Ed Boebel (another DNR retiree and member of ARC). Linda and Earl were married in June of 1986. Earl worked for DNR as a forest ranger and a staff specialist in the Bureau of Forestry, retiring in August of 1989. Earl died of metastasized esophageal cancer in March of 2006.

Lindas oldest daughter, Laura, and her first husband divorced. In 2010, Laura remarried in Savannah, Georgia (where she and her family now live). Lindas son, Michael, and his wife live in a suburb of Indianapolis, Indiana. Lindas youngest daughter, Karen, is now married and lives in Jacksonville, Florida.

Earl Meyer had two sons from his first marriage. However, Steve, the oldest, died of a heart attack at the age of 50, so Linda now has only one stepson, a step-daughter-in-law and four step-grandchildren.

In order to stay busy after she retired, in 2007, Linda began working as a HospiceCare, Inc. volunteer (now Agrace Hospice in Fitchburg), assisting hospice patients and their families. She also volunteered as an usher at the Overture Center in Madison. Linda decided to give up her license to practice law (which she wasnt using) and, in 2009, she took a 3-month nursing assistant course at MATC so that she would be qualified to do more work with hospice patients. She worked part-time as a certified nursing assistant at the Agrace Hospice facility in Fitchburg for nearly three years, while continuing to volunteer several times a month as an usher at the Overture Center. 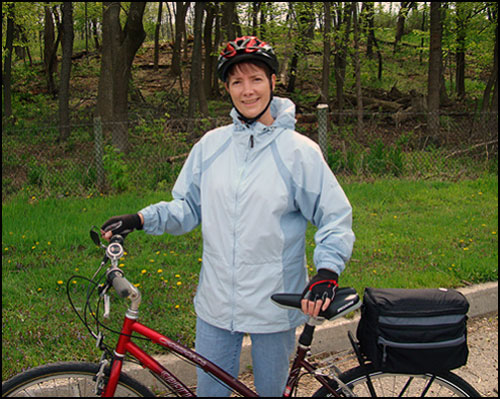 Linda was the first woman rider to join the Madison Bike and Bowl Team
at their April 29, 2010 ride.

Early in 2010, Linda became the first woman to join the Madison Bike and Bowl Team (a group founded by Al Prey and Lindas late husband Earl Meyer). Besides bicycling, Linda enjoyed hiking in the summer and cross-country skiing and snowshoeing in the winter.

In the summer of 2013, Linda moved to Savannah, Georgia at the urging of her daughter Laura. By that time, Linda wanted to spend more time with family in Georgia and Florida and was getting a little tired of the cold and icy Wisconsin winters. She decided to continue her hospice volunteering and attended a volunteer orientation session at Hospice Savannah in January 2014. It was at that orientation session that she met another new volunteer, her future husband, Lawrence (Larry) Dolecki. They were married in March of 2015. Linda left her rental townhouse in downtown Savannah and moved to the townhome that Larry owned on Wilmington Island just outside of the City of Savannah. Because there were already several Lindas living in the townhouses near Larrys home, Linda started using the nickname Lynn". 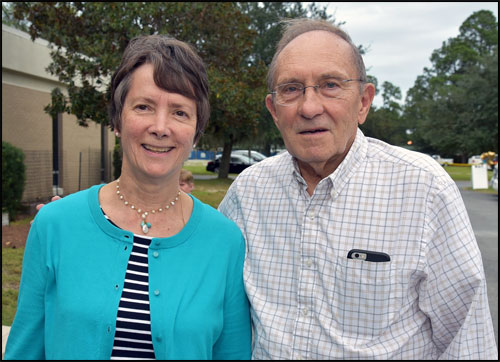 Like many of our DNR retiree friends, Linda and Larry are snowbirds. They spend winters (late October to late May) in Savannah, Georgia and summers (June to October) in the mountains of West Virginia in a rural area about 50 miles west of Winchester, Virginia(when they arent traveling). Larry and his late wife Pat had only recently moved into the new home that they had designed and hired a contractor to build in Baker, WV when Pat was injured in an auto accident and died of complications resulting from her injuries. It was tragic that Pat was only able to enjoy their new home for such a short time! 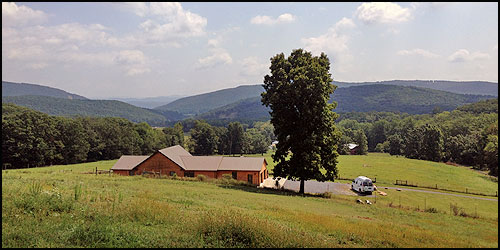 At Larrys House in West Virginia, there is a Gorgeous View of the Surrounding Mountains 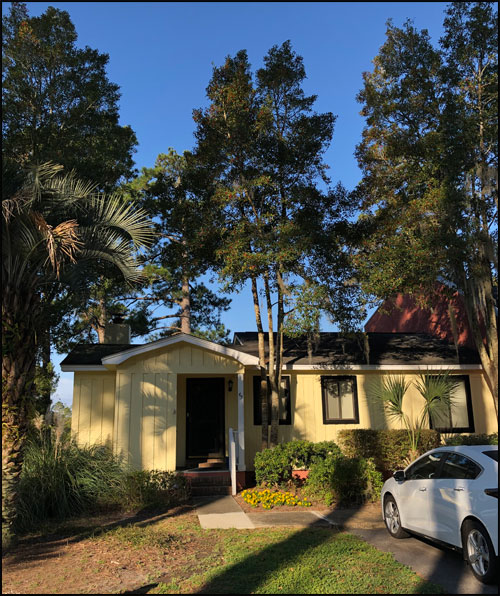 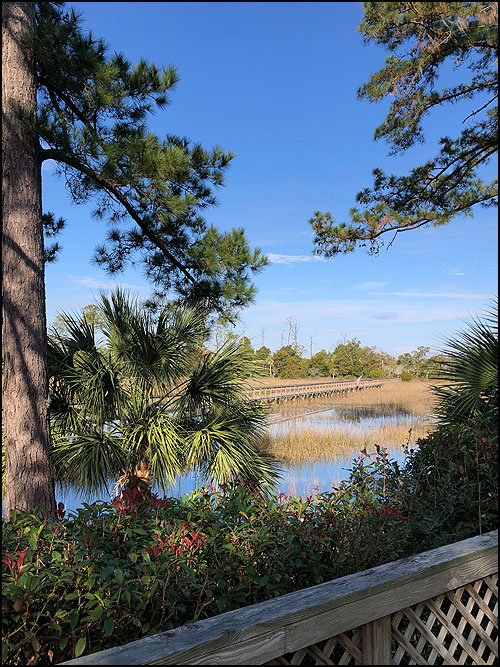 The View from the Townhouse Deck

Larry and Linda have done a lot of traveling together since they met  in part because Linda had purchased a Roadtrek RV when she moved to Savannah and was planning to drive to Alaska in it before she met Larry.

Larry liked the idea (although he hadnt really considered traveling in an RV before that) and he agreed to join her on the Alaskan trip only if she was willing to travel to Hawaii with him afterwards (Did he really think shed say no?). He said that since he had already visited all of the 48 contiguous states, he didnt want to stop at only 49.

Since Larry and Linda married, they have driven either the Roadtrek RV or their new, slightly larger Thor Four Winds RV to Alaska and all of the 48 contiguous states where they have enjoyed bicycling and hiking. They have also traveled in Europe and taken two cruises  one in the Caribbean and one in the Pacific.

When they are not traveling, in the winter months, Linda and Larry continue to volunteer at Hospice Savannah and Larry volunteers at the Tybee Island Lighthouse Museum. They plan to travel in their RV for at least a couple more years and hope to be able to frequently drive to Wisconsin for visits.