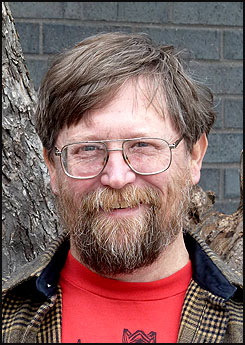 Gene was born and raised in Madison (imagine that  a native!), the third child in a family of seven kids. He spent his first 18 years of life figuring out how to deal with those both up the chain and down the chain, training which came in very handy during his working career. No permanent injuries resulted from this upbringing. He graduated from La Follette High School, participating in many sports but mastering none. He graduated 5 years later from the University of Wisconsin with a degree in civil and environmental engineering. He also gained another brother as his college roommate was informally adopted into the family.

Genes career with DNR began as with many others, as an LTE, starting before graduating from the university. After a year of working in the solid waste program as an LTE he had scratched enough money together for a low budget trip to Europe with a friend. In those days you could get a round trip plane ticket for $300 (thank you Freddie Laker!) and the adventure began with the purchase of 2 small motorcycles in London. Three months and 12 countries later they had travelled all the way to Greece and back, all the while camping in a small pup tent. Needless to say, the budding relationship with his travelling companion Jarno developed into a committed relationship and eventually marriage (in Mexico while on another trip  theyre still not sure what the marriage certificate really says), which has survived (and some say thrived) to this day. Gene credits much of their success in marriage with that initial trial in Europe.

Oh yeah, back to DNR. Gene was hired to a permanent position as a plan review engineer in the newly created Bureau of Solid Waste Management in the Pyare Square building, mostly reviewing plans for landfills. At that time Wisconsin was slowly moving from the era of the open, burning dump (great for bear watching while vacationing in northern Wisconsin) to more environmentally friendly clay-lined sanitary landfills. Gene spent his entire career at DNR working in the solid waste field although the program changed names many times, eventually ending with todays Bureau of Waste and Materials Management.

During his career he moved into a number of supervisory positions including a 10 year stint managing the program in the South Central Region in Fitchburg. By that time the program had expanded from landfills to include hazardous waste, recycling and mining. Interesting career experiences (not highlights) include the siting of a low level radioactive waste site in the midwest (it never happened), developing national industrial waste management guidelines, dealing with the aftermath of the infamous Watertown tire fire, and helping find acceptable disposal options for thousands of deer carcasses during the initial years of CWD. But his best memories of the 32 years with DNR were of the dedicated people he worked with. 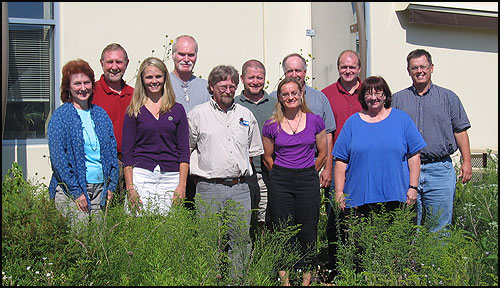 Although it was sad to say goodbye to co-workers, retirement was a goal that had been in the works for some time. The travel bug was alive and well during the working years, including trips to the Caribbean, Mexico (the Copper Canyon area in the Sierra Madres was amazing), Belize, and a 6 week stint in Southeast Asia (mostly Indonesia and Thailand). In order to travel while in good physical shape and without the time constraints of the working world they decided to retire when Gene reached 55 (his last day in the office was his 55th birthday).

Jarno worked as a medical technologist for General Medical Laboratories (now Meriter) and for Dean, with a 5 year stint in-between as a part owner with 2 close friends at Collins House Catering, utilizing her exceptional baking skills. Since Jarno was eligible to retire earlier, there was a bit of persuasion needed to convince her to wait and retire together, but it was a decision that has worked out quite well. They were able to plan and execute a 2 month long overland safari last year starting in Cape Town, South Africa and ending up in Jinja, Uganda, travelling through 10 countries and logging over 7,000 miles. 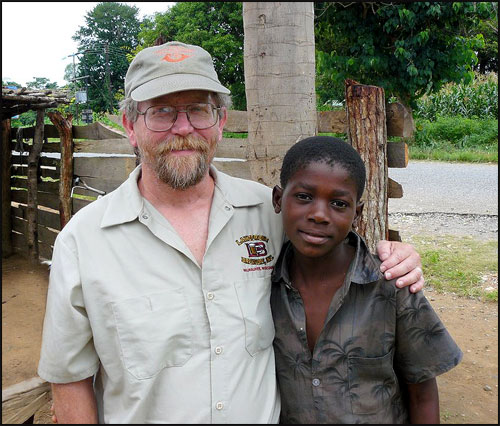 Road trips this summer included a month in Maine and the Canadian Maritimes, and another month in the Glacier National Park area. They have a long list of additional places theyd like to visit before hanging up the travel packs. 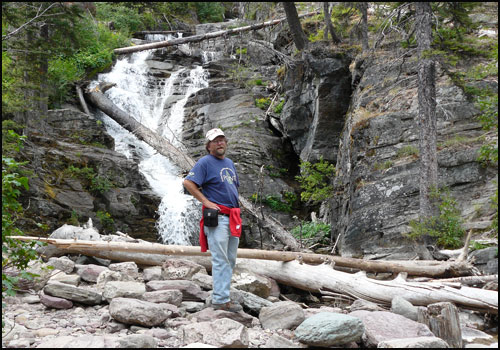 In addition to travel, theyve been enjoying having more time to be active outdoors - hiking, biking, kayaking and golfing being 4 favorite activities. Theyve even joined the prestigious Madison Bike and Bowl Team, although their contributions have been somewhat limited so far. Its good that Gene likes being active because it helps balance out his other great love  craft beer.

The other advantage that the time retirement affords has allowed them to spend more time with Genes aging parents, helping them out where necessary.. His mom is still sharp as a tack at 85 and a force to be reckoned with despite her diminutive stature (50 and under 100 pounds). His Dad is 87 but has Alzheimers and lives in a memory care home, but can still play a mean game of dominos.

All in all, Gene enjoyed his years working for DNR and has many fond memories, but he enjoys retirement a whole lot more!