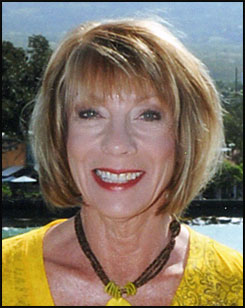 Linda was born and raised in Elkhorn, a small town in southern Wisconsin near Lake Geneva. She has one sister, Jeanice, who is a retired teacher living in Janesville who spends her time designing and sewing costumes for the Rock County Aqua Jays water ski team and is also a nanny for 2 teenage girls whose father is a pilot and mother is a personal assistant to Oprah. Linda's mother lives in Janesville and sells Mary Kay.

Linda moved to Madison in the fall of 1969 and attended Madison Business College while working part-time for the Dane County Traffic Department. After taking the State civil service exam, she received notification that the Department of Natural Resources had a Typist II opening. She didn't have a car, so one of the officer's she worked with drove her to her interview at Pyare Square. She was offered the job and happily accepted.

She started working for the DNR on March 2, 1970, at a pay of $379/month! As part of her training, she spent the first five years working with five different bureaus and thought it was a great learning opportunity. In February of 1975, she was assigned to the Bureau of Parks and Recreation and truly loved and was proud to work with this program until her retirement on December 30, 2009.

Linda currently resides in Madison with her husband Mike. This is a good story--they got married at the Little White Wedding Chapel in Las Vegas on their same birthday, April 26; on that day Linda turned 48 (Mike was born in 1948) and Mike turned 51 (Linda was born in 1951)! Mike also worked for the DNR and retired in August 2009. 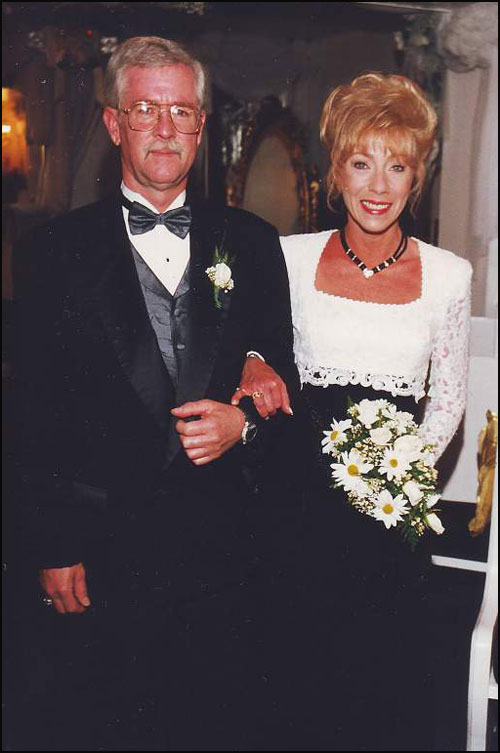 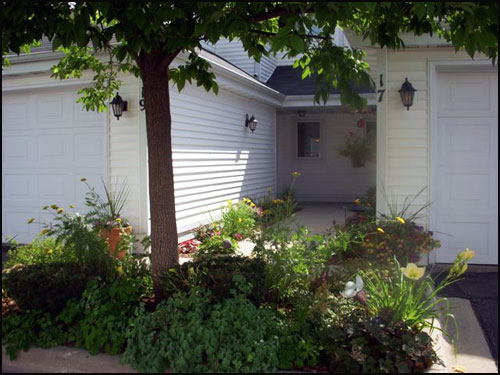 A few months after retirement, Linda bought a condo at Canterbury Landing on Madison's west side and Mike took time away from working on his cabin in Forest County to paint every room (and ceiling) while Linda did the decorating and shopped for new furnishings. 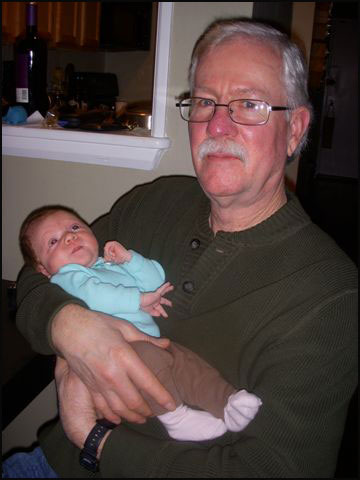 In January, Linda and Mike became grandparents to beautiful Nadine Olive and flew to New York to see her, Carrie (Mike's daughter) and her husband Mike.

In March, as an early 60th birthday present to herself, Linda along with her sister and 8 other relatives and friends flew to Hawaii and took a 7-day, 4- island cruise. They went sightseeing on Oahu, Maui, Hawaii, and Kauai and soaked in the tropical breezes, sunshine and lush landscape. 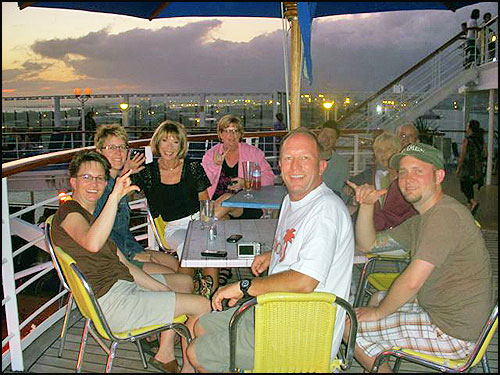 In the meantime, Mike was in New Mexico with some friends who have had a band since high school. They get together a few times a year and are now practicing to perform at their next class reunion!

Soaking up the sun in Hawaii

Linda enjoys her "girls" weekend every January around Martin Luther King Day to Ho Chunk and tries her luck at blackjack and playing poker with the girls. Linda also enjoys playing golf with her husband and friends. She's taking golf lessons and is determined to improve at this game that her father loved.

One thing that most people don't know about Linda is that in February 1987, she and two others won a Joan Rivers look-alike contest that was held at West Towne Mall and won a trip to Hollywood and appeared on the Joan Rivers' talk show!

Linda loves every day of her retirement and feels very blessed to have worked for the DNR and have so many wonderful friends.