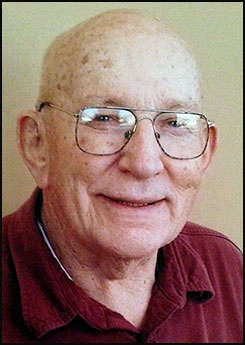 I have had a life long association with the WCD and WI DNR. In 1937 I was born in Hayward WI, as my Mother and Dad were stationed there.

He was the Forest Ranger under Clarence Johnson and Neil LeMay (Dad retired in 1969 with 41 years of service).

In 1939 he was assigned to the Winter Ranger Station and I spent my entire childhood either over at the station causing problems with the crew or learning all kinds of things kids are not supposed to do.

In 1957 I entered the Corps of Engineers, US Army and served a long stay in a neat place called Korea. Upon returning, I enrolled in the Conservation curriculum at Stevens Point College and was one of a half dozen who obtained their Forestry degree attending night school at the Tomahawk Headquarters.

My first assignment was the Forest Ranger/Dispatcher position at Mercer. I served there from 1964 to March of 1967 with lots of interesting assignments across the fire protection areas. In 1967, I was assigned to follow Forest Ranger Dave Jacobsen at the Ladysmith sub area of the Hayward district. While there, we had a high fire occurrence and was able to cut that down using different tools. During my seven year stay there I met the love of my life, Pat, and we were married on May 16, 1970. We have five children.

In 1974, I was promoted to the Area Ranger position at Dodgeville, which when I accepted, I did not know included staff specialist duties for the Southern district. This dual responsibility assignment was a real eye opener working with the administration and other district staff specialists. I also had the opportunity to work with the Overhead Teams at Black River and Wisconsin Rapids on several large project fires. This proved useful with the goose cholera epidemic happened at Horicon. We adapted the Large Fire Organization to run that incident and had very good luck, switching from no success to attacking a problem head on and winning. Working with the fire departments showed a need for membership in the Wisconsin Firemens Association, the Northern Illinois and Southern Wisconsin Firemans Association and other organizations of that type. These proved fruitful when the Fire Department committee that I chaired developed a grant program for the local fire departments.

In 1981 I again was promoted, this time to the Central Office under the leadership of Chief Gordon Landphier and State Forester Milton Rienke. What a joy to work for two individuals who had so much enthusiasm for their programs. Under their tutelage, I became the first member of WDNR to attend the National Fire Academy in Emmetsburg, MD for two, two week sessions. Because of those sessions, we developed a closer working relationship with fire departments state wide. The 50 State Foresters Organization nominated me as their representative to the National Fire Equipment System. This opened the door for many joint efforts so we could share like resourcesnaming, standardizing, and classifying manpower and equipment. The extensive travel, work, and fellowship of the folks assigned to standardize all fire equipment across the nation made this my most rewarding assignment in my 32 plus years with the Department.

In 1988 I took a lateral transfer to the Forestry Supervisor position at Park Falls and stayed there until my retirement in January of 1993. After retirement, Pat and I traveled several winters to the south. Arizona was too brown and Texas was too big. In Florida we had a son to be near so spent many winters near he and his wife. I finally quit making maple syrup and my consulting forestry business when we moved back to Mount Horeb to be near two of our three daughters. We left one son in Northern Wisconsin, as well as a hunting cabin on the old Sugarbush.

In retirement, I served my town as Town Chairman, Town Treasurer and as a County Board Member and County Board Chairman for Sawyer County. All were rewarding endeavors but none as much as Chairman and Head Custodian of Ojibwa Park. The former 372 acre State Roadside Park had been given to the township in the 1990s. Both my Grandad George and Dad Sam had been in charge of the park, which is across the river from my Great Grandmothers homestead. Our committee obtained over $500 thousand in grants to renovate it, building campsites, biking and skiing trails, as well as restoring a historical site natural stone pavilion. I still enjoy deer hunting, fishing trout and my garden, and building items for use around the house and other woodworking projects. I served, as did my Dad and Grandad, as Emergency Fire Wardens in Sawyer County. Between the three of us, we have over sixty years of volunteer service to the department.