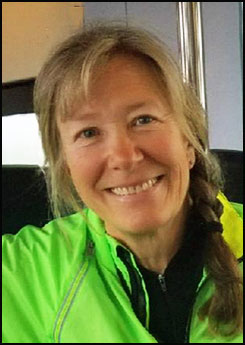 Ive spent much of my life working onand playing inWisconsins waters. The best part is the people Ive met along the way, including during my 39 years working at the Wisconsin Department of Natural Resources. Im intrigued by every water issue, I love the chance to connect with others who care about water and now, I appreciate all my chances to get on the water.

As a kid, I routinely risked scolding for coming home soaking wet after playing in Lake Michigan waves or catching minnows in Fish Creek in Ozaukee County. I was born and raised in Mequon, attending Range Line School and Homestead High School. My favorite memories include smelt fishing. Wow, going to the beach on a school night . . . cleaning buckets of fish with my mom. I still love to eat smelt!

I also spent time near Milwaukee's Kinnickinnic River at my aunts and uncles on the south side. My brother and I spent hours throwing sticks in on the upstream side of the bridge and racing back across the bridge to see whose stick came out first. We werent allowed in the water there. I remember, from an early age, sensing the power of water.

Later, in my high school biology class, I learned how water moves underground. For a science fair, my teacher helped me conduct interviews with neighbors, well drillers, and the city engineer to find out about how rapid development was depleting water supplies. My dad called in a professional to fix the problem (likely a deeper well). I enjoyed meeting that drillers son decades later as DNRs Groundwater Section Chief. In college at UW-Madison, I worked at the wastewater treatment plant as part of my first DNR LTE job (wastewater operator job analysis). I vividly recall my dorm-mates excitement at learning what actually happened after they flushed the toilet.

My DNR LTE career included sampling Great Lakes sediment in clean places where we didnt expect to find contaminants (we did), evaluating beach nourishment (and early effort to move the Coastal Management Program to DNR), finishing up Inland Lake Renewal management plans (and writing budget a initiative for new lake program-how could Wisconsin be without a lake program?) and writing information material about the Public Trust Doctrine.

DNR colleagues wishing me well on my 1982 bicycle tour departure. Can you recognize these DNR folks?


I turned down my first real DNR job offer as the first Groundwater Planner to spend a year bicycle touring in Europe, Africa and Asia. I came back home to marry my cycling buddy Steve Hiniker. I tried leaving Wisconsin a couple more times (to Washington D.C. where I worked first for the National Audubon Society and later for the Association of State Floodplain Managers and others).

I came back for my first real DNR job in the newly-created Lake Protection Section. I moved to the Shoreland Zoning Program and then to the field as Southeast Region Water Regulation and Zoning Supervisor. I was in Milwaukee during the cryptosporidium crisis. I thought I had crypto  turns out I was pregnant with our daughter Dana. Re-org #1 brought me back to Madison and the Regulation Section first in Fisheries Management, later in the Watershed Bureau.

A fond memory is smoking the peace pipe at the Voight Task Force where I was invited to explain water regulation under the so-called Job Creation Act From my regulatory work, I was used to being called to the Secretarys office so it was no surprise when Secretary Matt Frank called me to a meeting  but I was shocked when he asked if I wanted to be the 3rd in command (then called Executive Assistant).

After getting over the shock, I was thrilled to follow in the footsteps of Linda Bochert and others from whom I learned a lot. I enjoyed (and hope I was helpful) on every issue I encountered, including CWD, tribal consultation, wolves  and grew to know and enjoy so many more DNR folks, including Jonathan Ela, Chris Thomas and other fabulous Board members of the day.

When the administration changed, I was fortunate to become the Groundwater Section Chief. I got to figure out how to use the talents of a great group of super-smart people to protect Wisconsins waters. 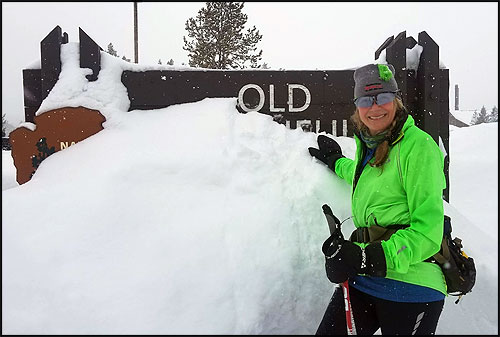 When not cycling: another thing I like to do outdoors
(anyone guess where I am?)

On August 6, 2016 when the Groundwater Coordinating Council meeting adjourned, I turned off my computer and took off on a bicycle tour from Paris to Morocco, South Africa (with stops in Namibia and Botswana), Rwanda and finally from LA to Boston. 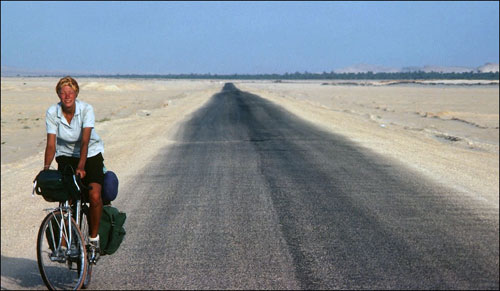 The next year, we cycled from Athens to Oslo. In a stop at home, I offered to help River Alliance (the future is local) and somehow became chair of the Board  and I couldnt resist Michael Cains request to help with Wisconsin Greenfires Public Trust Work Group (with all my old work friends). 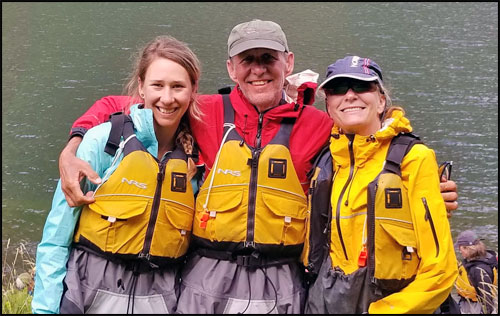 When not cycling: bucket-list kayak trip
with Dana and Steve in Norway?